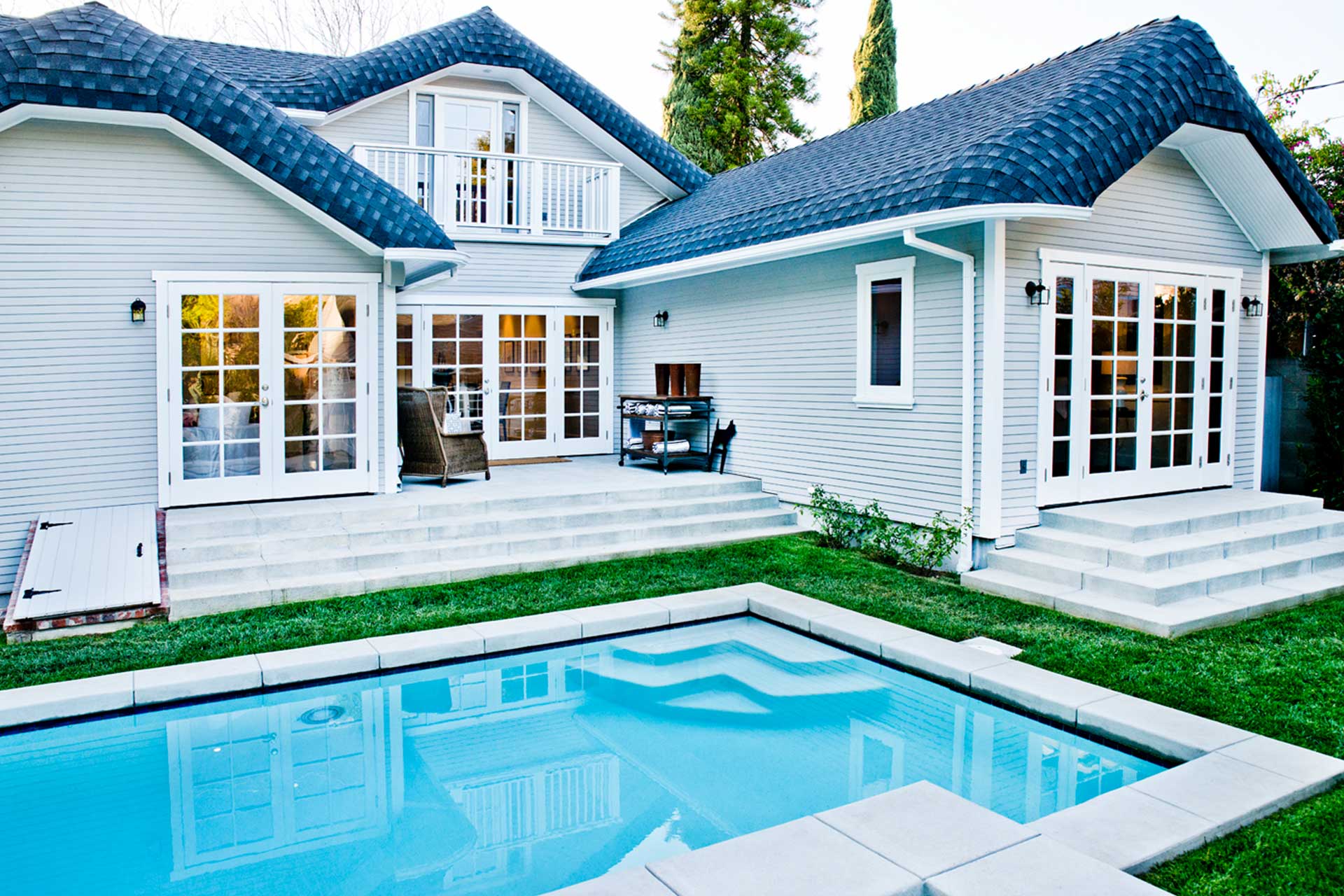 In all aspects of life, time continues to move forward and bring with it new trends and developments. Home construction is absolutely no different in this regard. Just as a house from the 90s is much different from a house built in the 40s, modern homes have many differences from homes that were built merely a decade ago. As your source for Los Angeles bathroom remodel and kitchen remodel services, we at NB Construction would like to go over some of the top trends that are currently being utilized in modern residential construction. Maybe it’ll even give you an idea for your own home!

It’s no longer the days of old where there’s a clear distinction between the indoor area and the outdoor area. More and more homes nowadays are utilizing the outdoor space for living areas and also actually integrating rooms that are a combination of indoor and outdoor. This can provide a comfortable and relaxing living area along with the benefits of the outdoors, including the sunlight and an improved airflow. As backyards can be expensive, doing this can cost more money, but it’ll also lead to a greater enjoyment of one’s own home.

A Reliance on Modern Technology

Modern technology is capable of making a home more efficient than ever. Digital tools and devices allow a person to be able to operate many different functions in the house through the usage of a smartphone or even just simple voice commands. This can include controlling the home’s temperature, the lights, or an entertainment system. Additionally, by going green with your house with additions such as solar panels and geothermal pumps, you’ll be able to not only help out the environment, but save some money in the long run.

While older homes would utilize traditional living rooms, these rooms sometimes don’t exist in modern homes – at least not in their previous forms. Living rooms may still be used nowadays, only they often have a modern twist on them. Instead of a traditional living room with a couch, chairs, and a large television, a homeowner may instead choose to have a bar as the living area.  You’ll see plenty of other interesting uses for living rooms as well, including parlors, libraries, theaters, and outdoor patios.

If you’re interested in any of our services, such as our Los Angeles kitchen remodel or bathroom remodel services, please don’t hesitate to give us a call at (323) 424-3514. If you have any questions or you’d like to know more about our company, we encourage you to contact us. We’ll be glad to help you in whatever way we can. We’re looking forward to designing the right home for you!